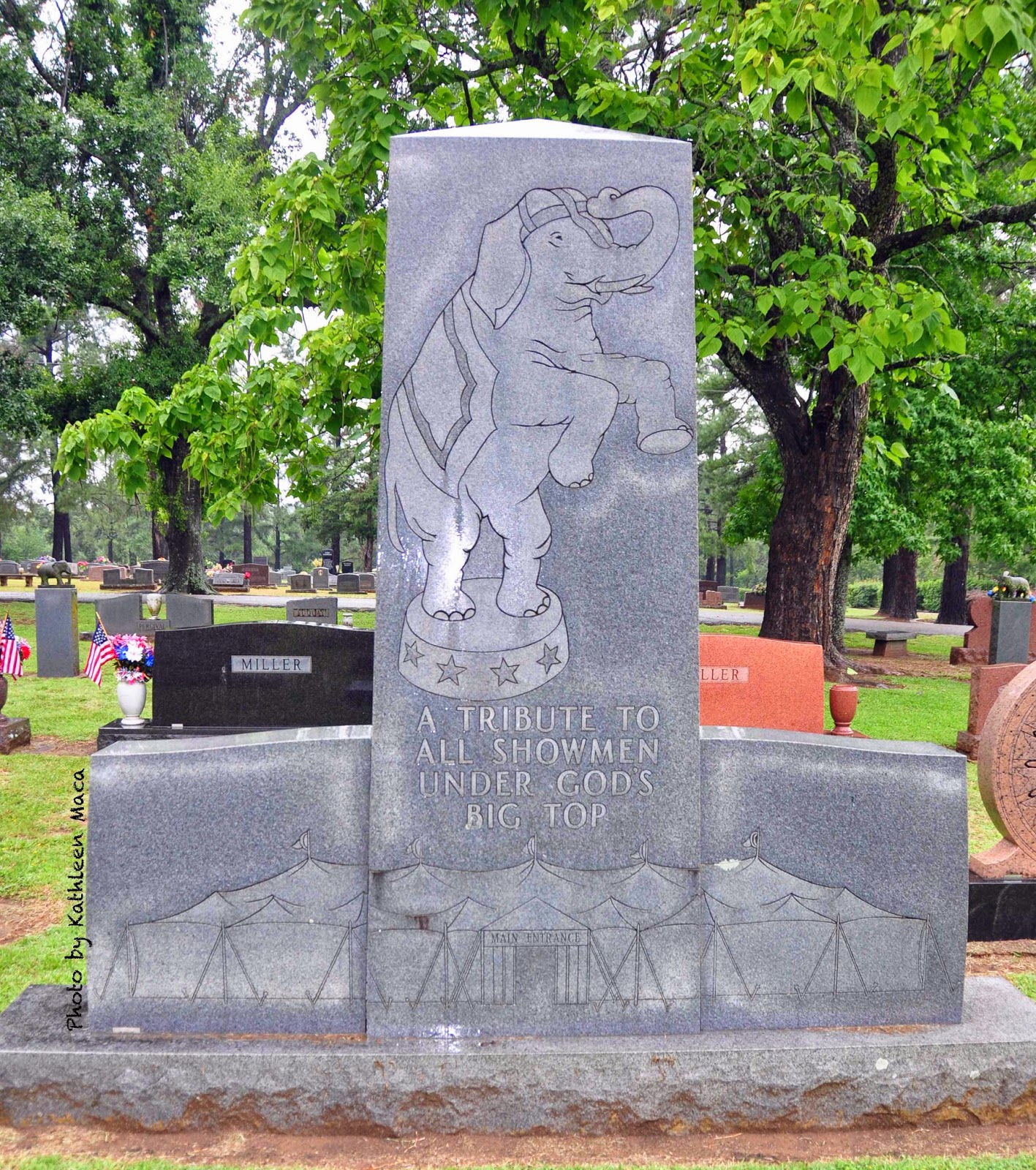 Recently I was thrilled to be able to visit one of the famous cemeteries on my “visit one day” list: the Showman’s Rest section of Mount Olivet in Hugo, Oklaho 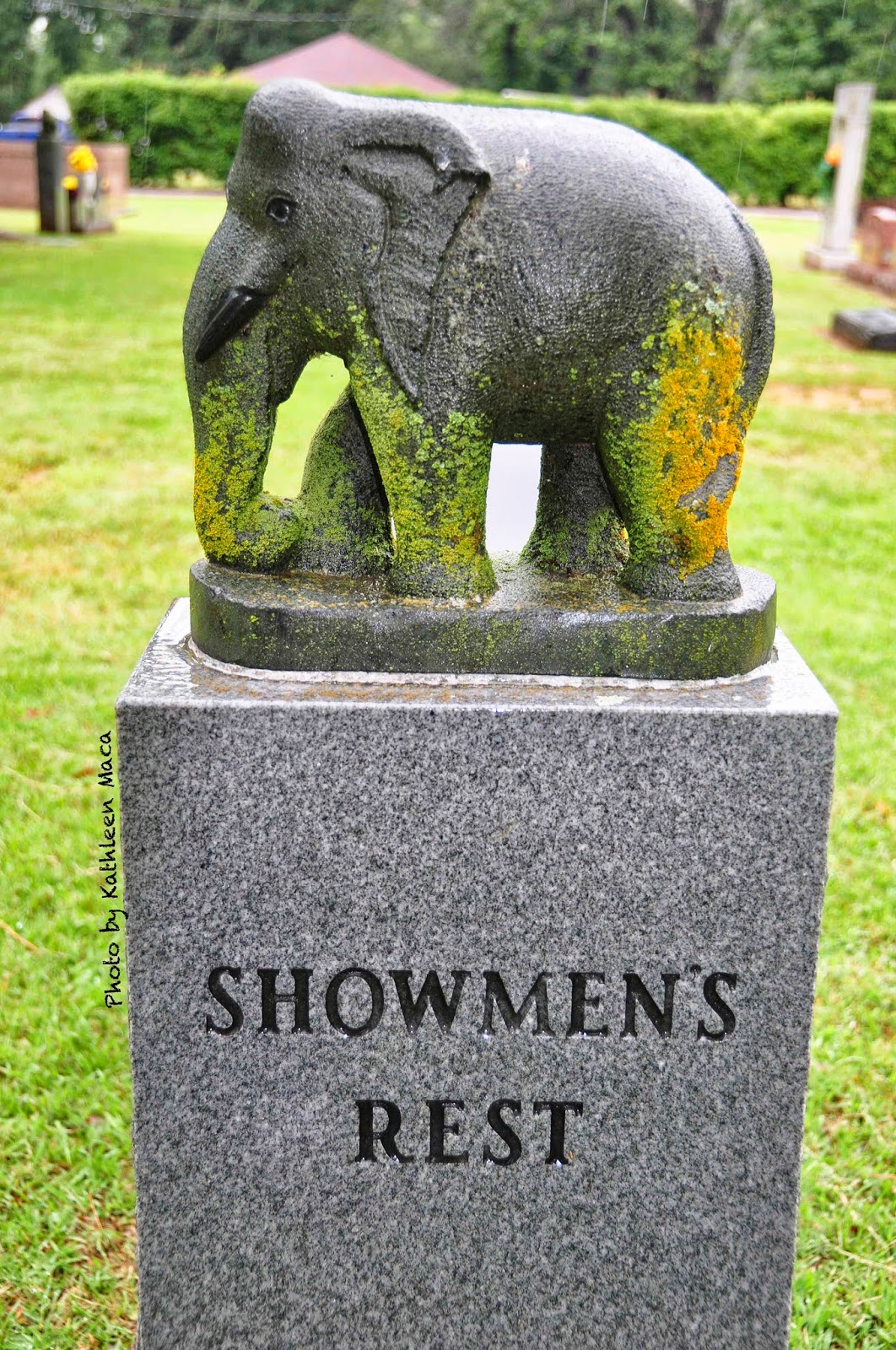 Hugo has been the winter home of traveling circuses since the 1930’s and the retirement place of many performers and others associated with the circus/carnival profession. It’s known as “Circus City, USA.” Hugo is also home to “The Endangered Ark Foundation,” the nation’s second largest herd of Asian elephants.

It’s fitting that many who have moved on to the big top in the sky find their final resting place in the local cemetery, in a special section bordered by elephant statues on granite pedestals.

The day I visited the cemetery it was raining quite hard, but I refused to be deterred. (Thank heaven for rain ponchos!) The water did affect some of the photos and the clarity of some lettering on stones. It also prevented me from gently cleaning some stones as I normally would, since I was concentrating more on protecting my camera from the rain.
Conditions aside, it was an exciting visit filled with imagery I had never seen on gravitons elsewhere. The statues and photos bring back fond memories of carnivals from childhood.

I’ll share some of my favorites with you in my next few blogs, and hope yo enjoy them as much as I did. 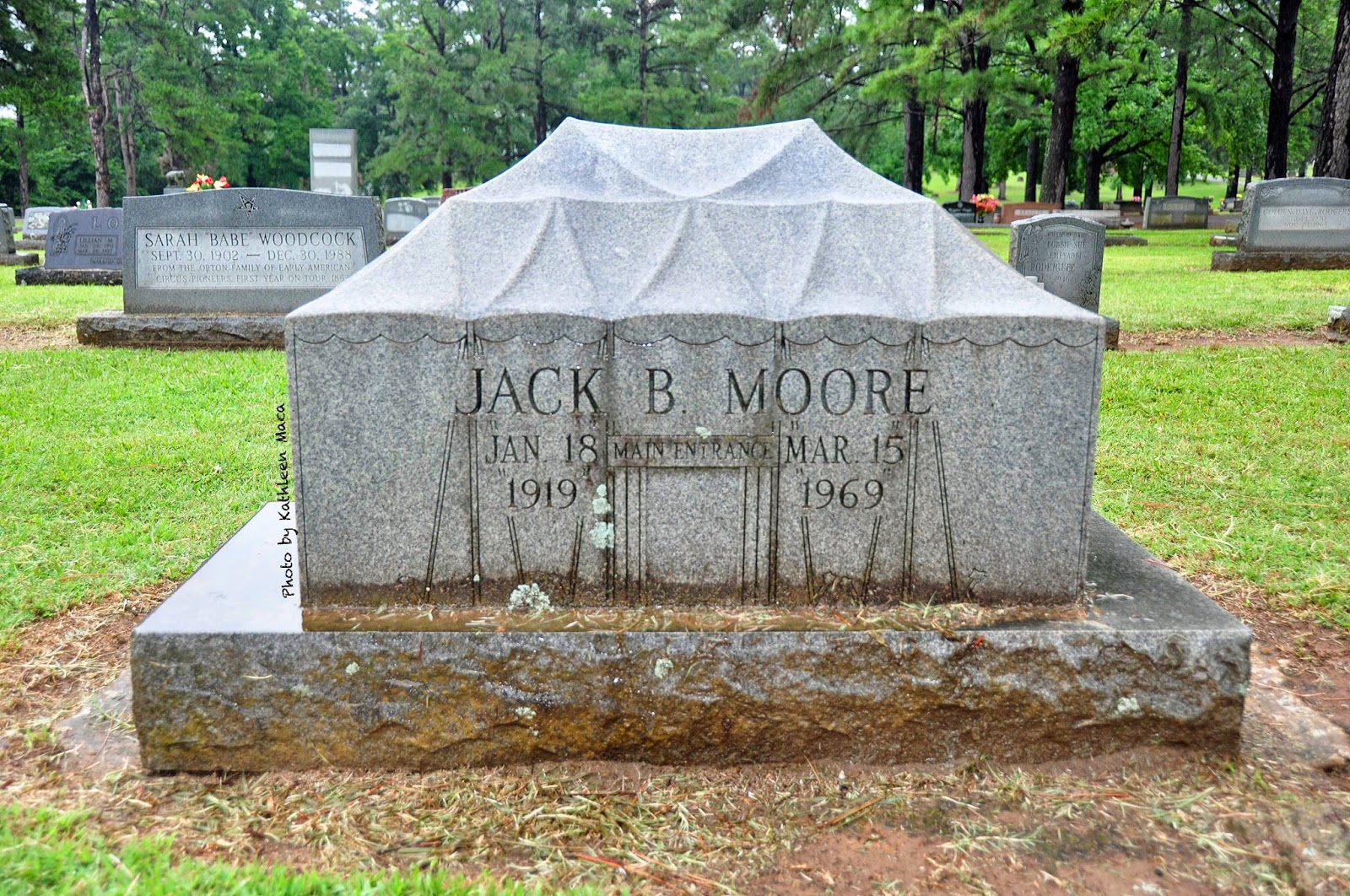 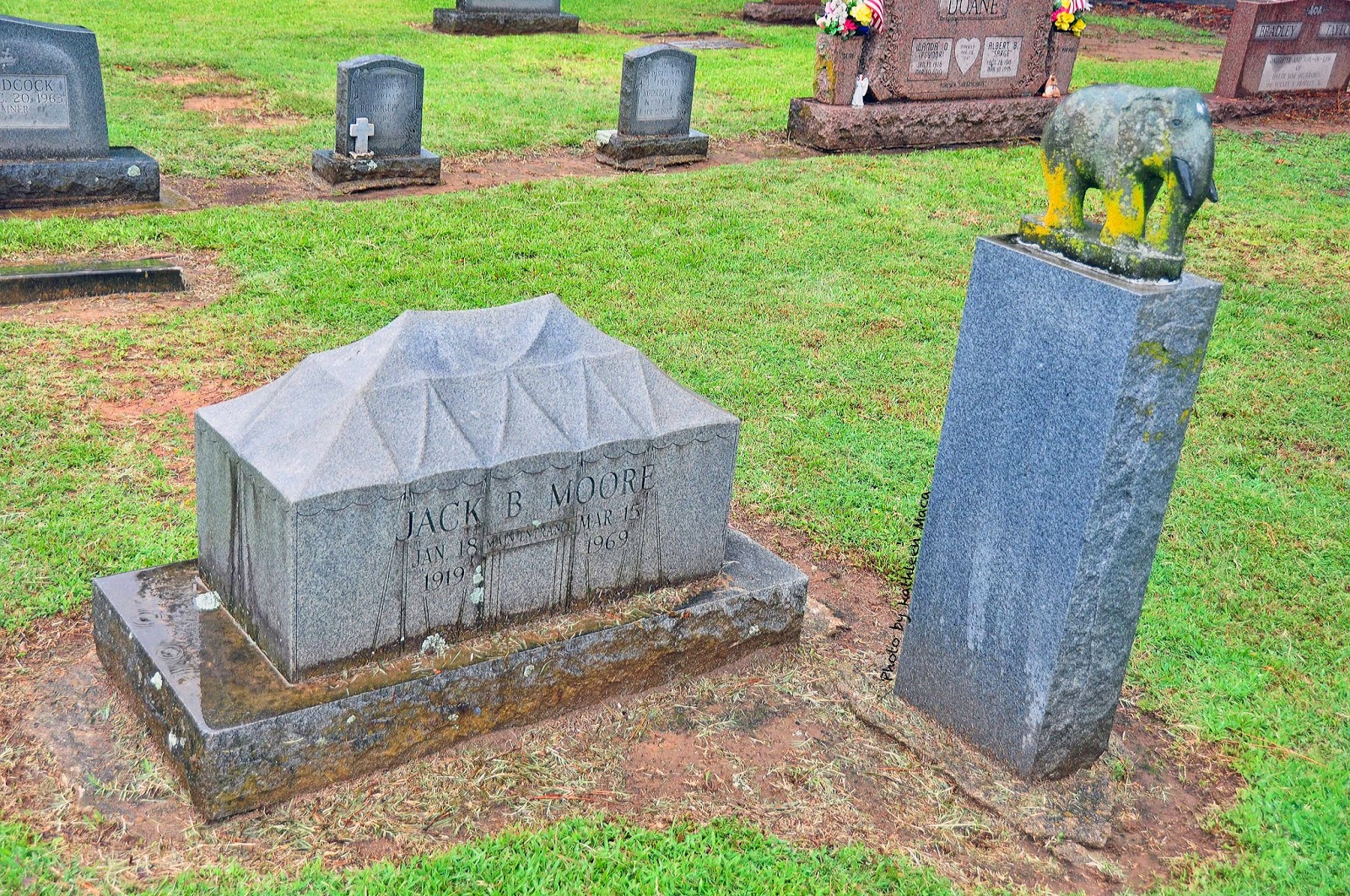 After the war’s end he launched a small show conducted under a canvas tent. The Clyde Beatty motion picture show was enjoyed along with a trained chimp, wrestling bear, pony show, a singing and dancing number by his daughter Wanda, and Happy Hanks hillbilly Show. It must have been amazing to many of the small towns they visited 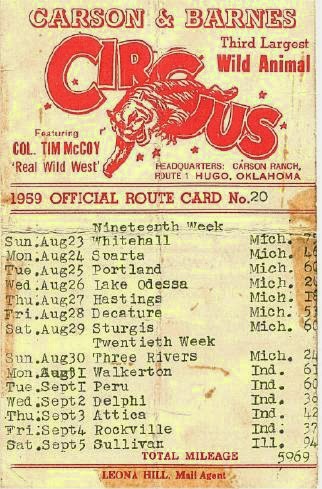 As the years passed, the show evolved to include larger and more exciting acts. The name changed as well, to Banner Bros., Jack Moore’s Tex Carson Jamboree and eventually to the Carson & Barnes Circus.
By 1961 the show needed 20 trucks to move the show that included 5 elephants, a moderate sized menagerie, and a Big Top that was 100 ft. round with three 40 ft. middles. 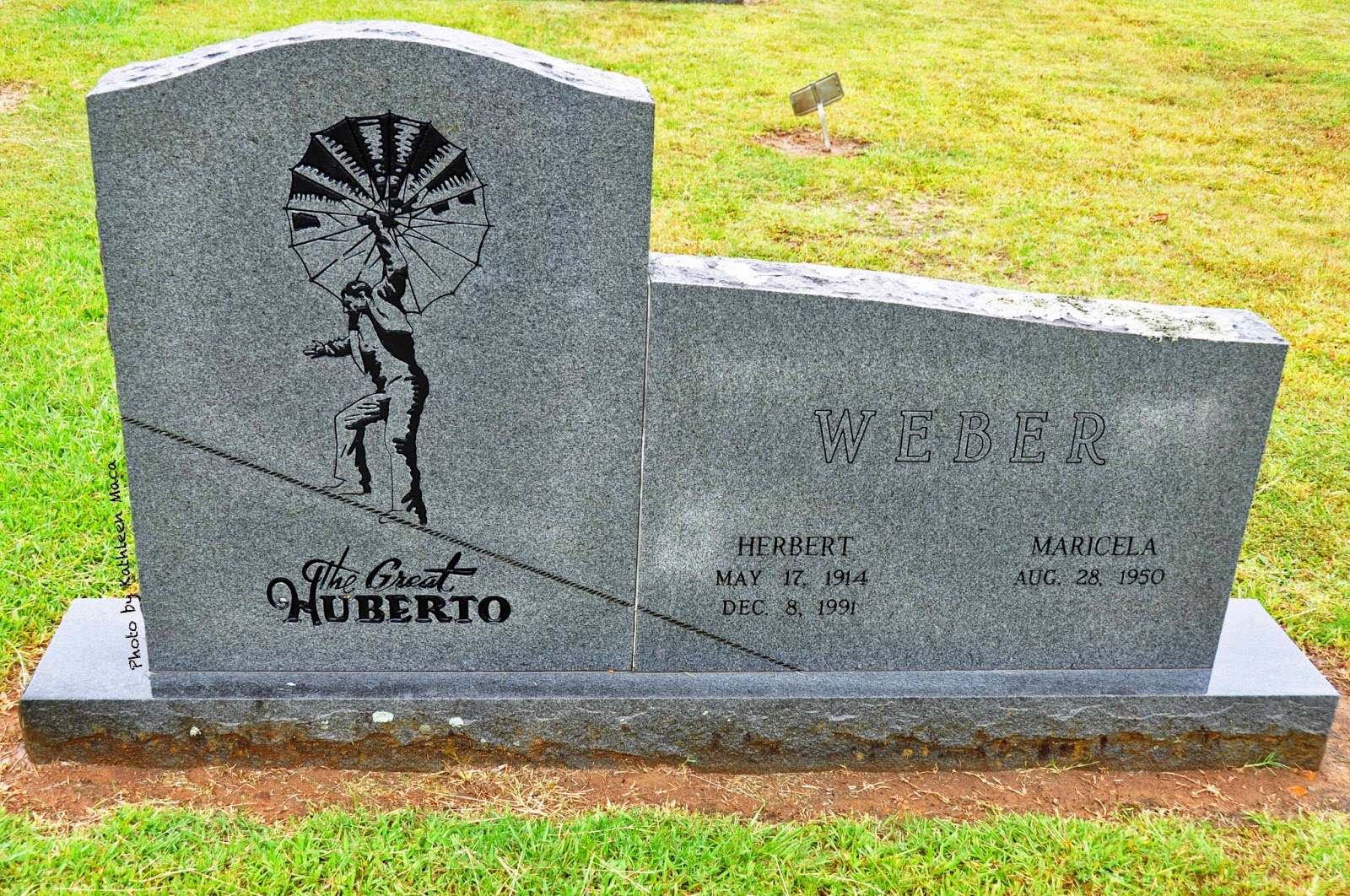 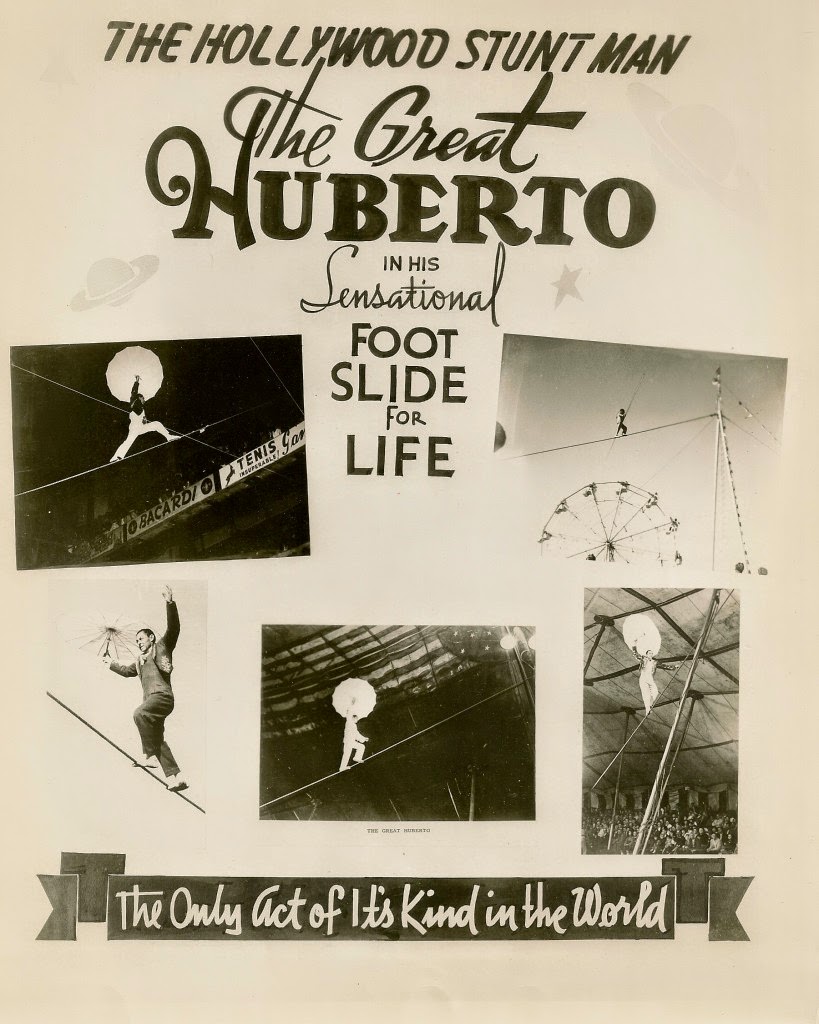 When Herbie, the son of a Czech-German family in Ohio, saw a wire act at the age of eight, he immediately knew what he wanted to do with the rest of his life.

As the “Great Huberto” he performed his thrilling wire act around the world with slicked back hair, distinctive South American theme wardrobe and dramatic Latin music. 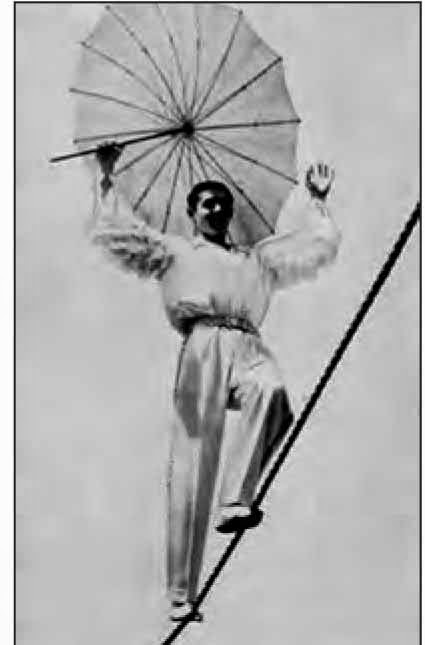 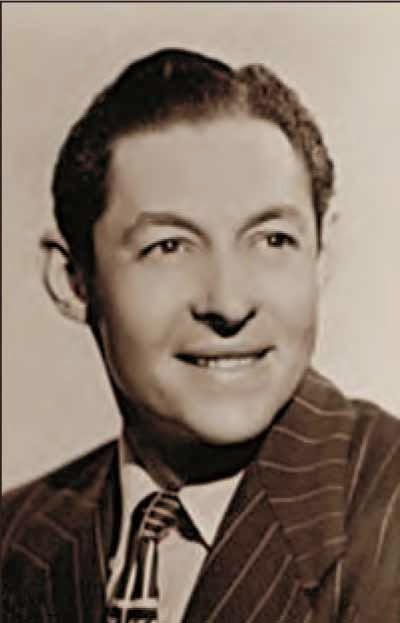 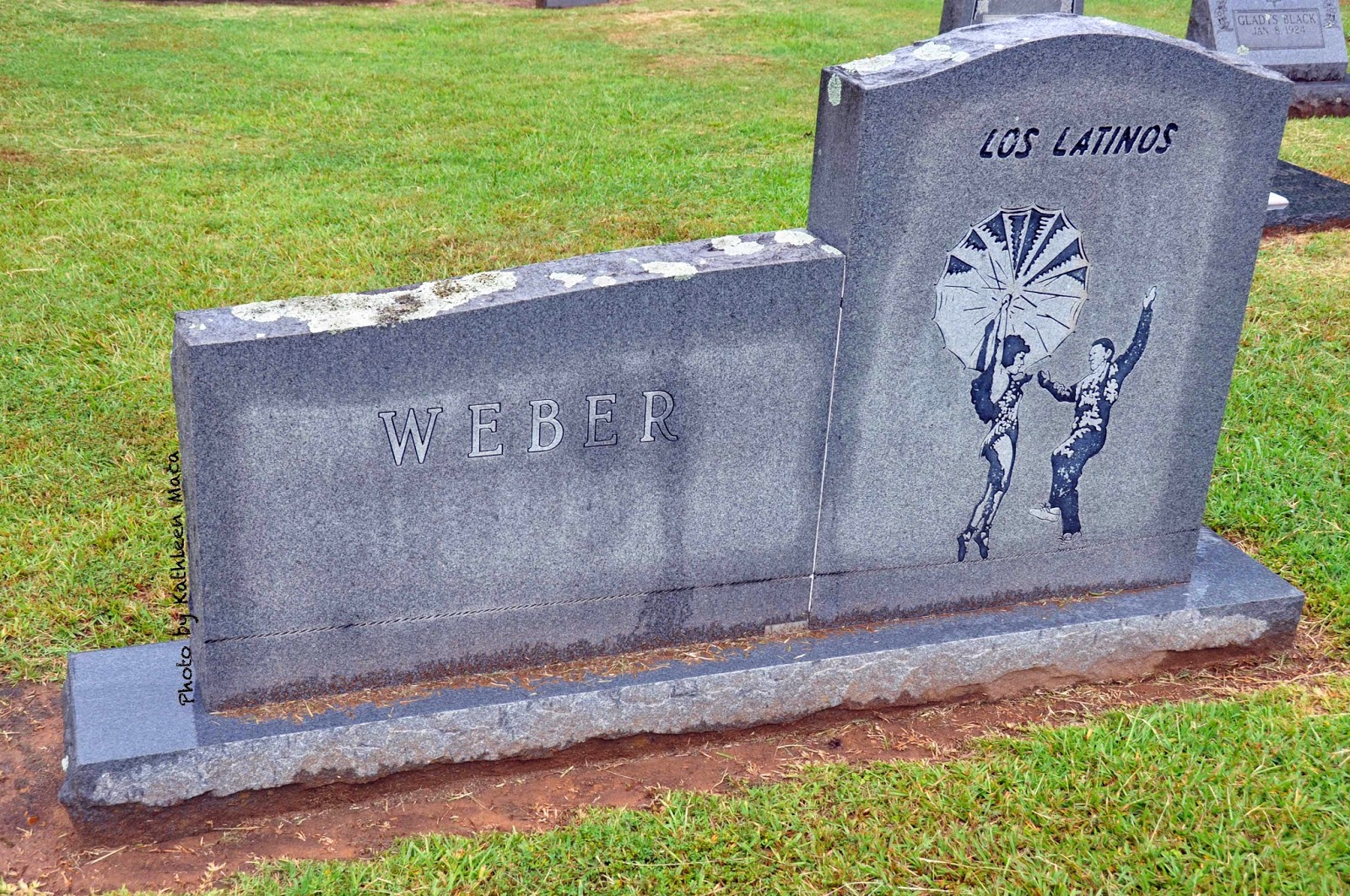 He spent a few years working for Hollywood movie studios, performing his tightwire stunts to circus-theme movies and working as a stunt double for the stars. 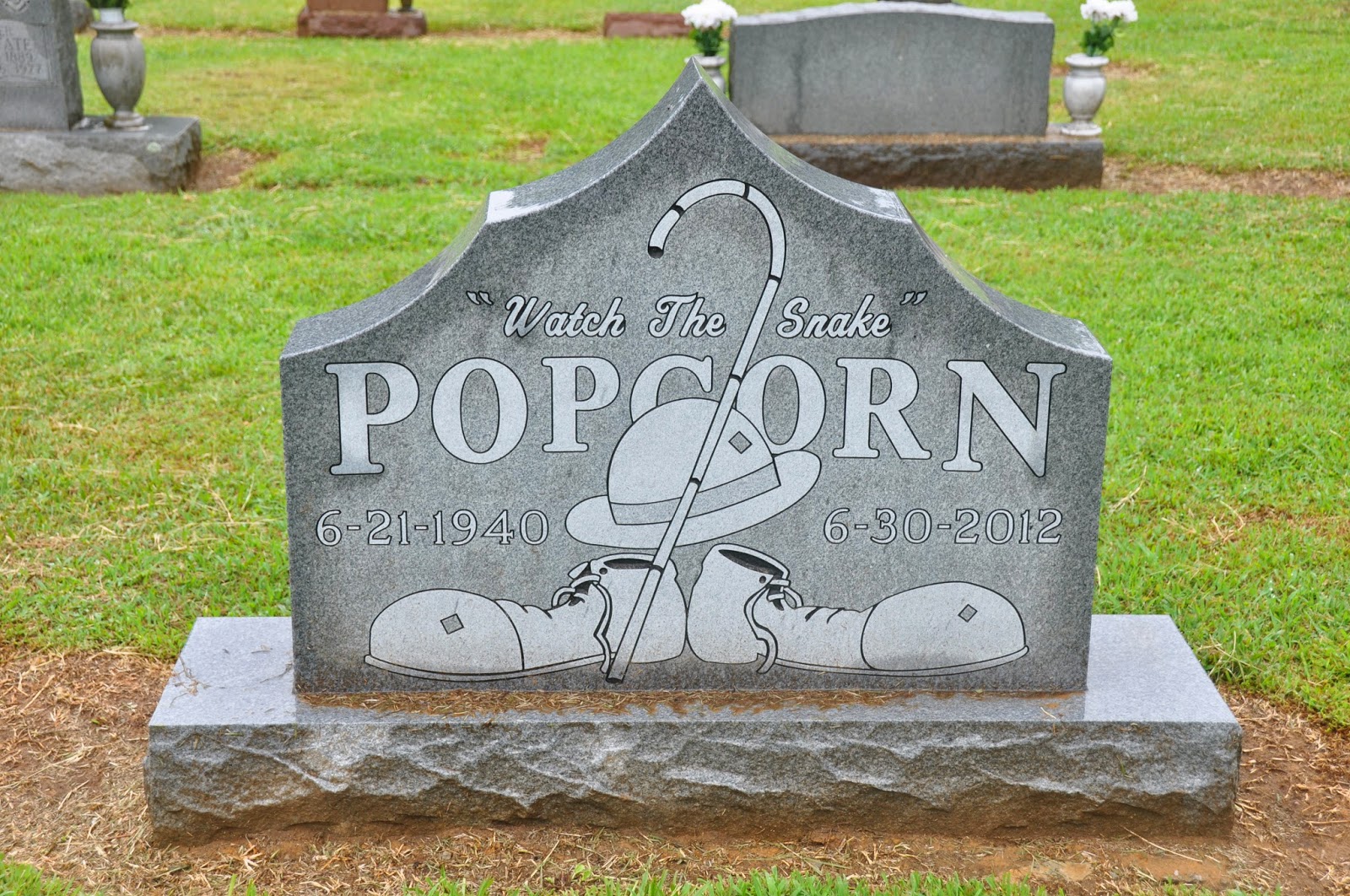 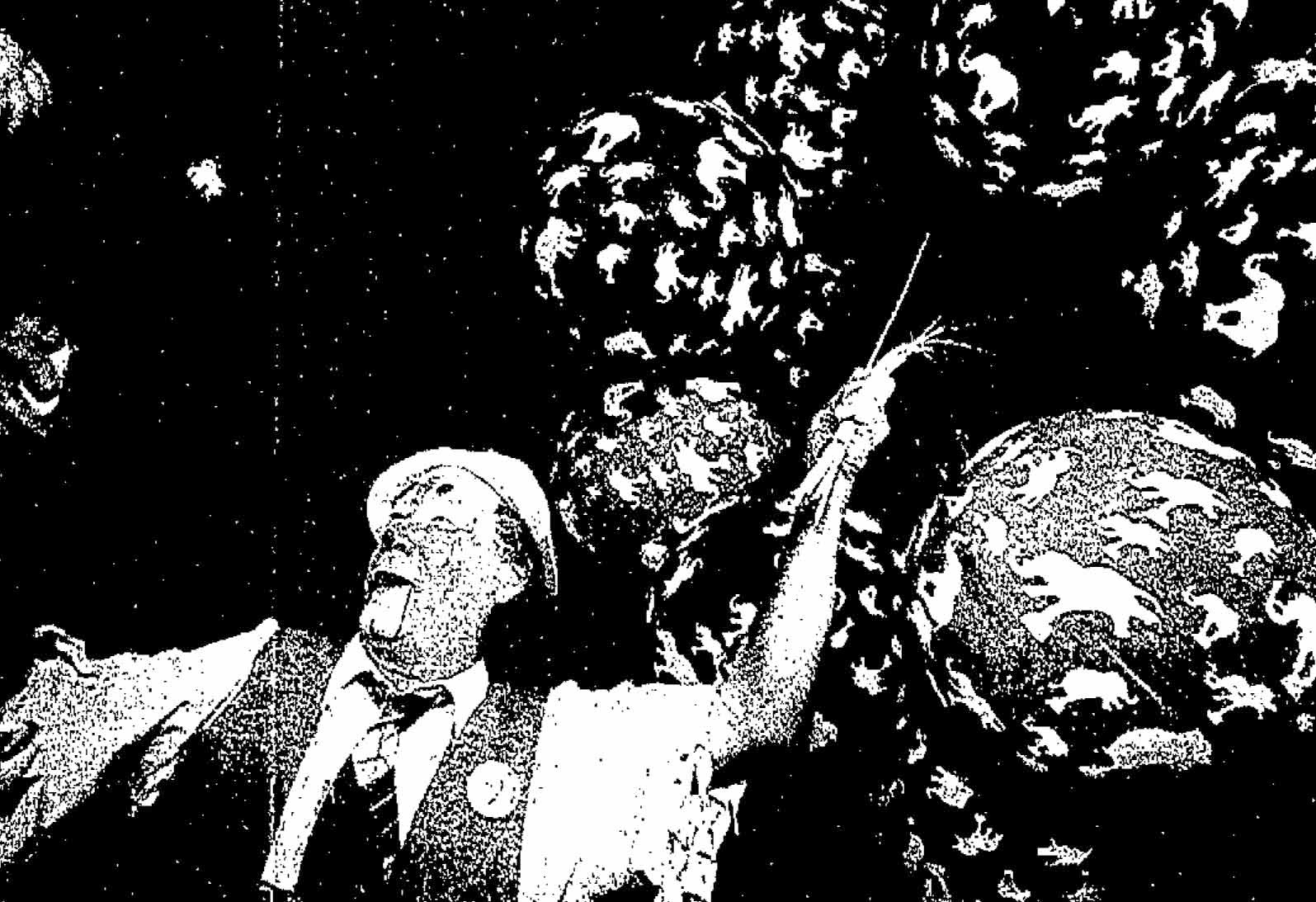 If the Thomas Edward Sink I found in my research is the correct one, he had a bit of a troubled life in his earlier years. Regardless, he reinvented his life into a beloved figure who brought joy and laughter to crowds as Popcorn the Clown. 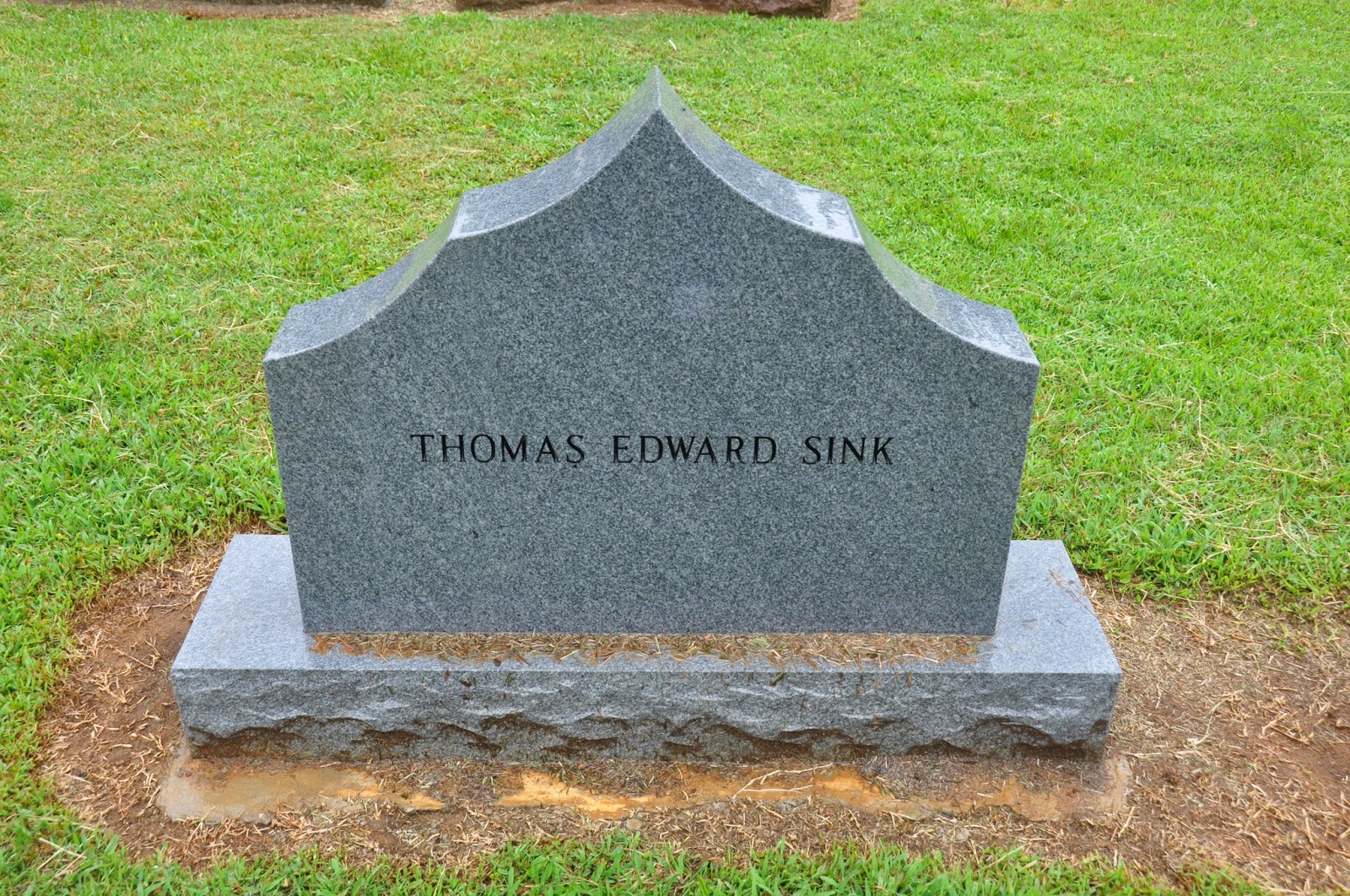 It’s impossible not to smile when you see this clever marker, isn’t it?

These are only a handful of the amazing markers in this cemetery. I’m looking forward to sharing more with you in the days to come.